Just a reminder that we have our Fall Clean Up on Saturday, October 16, 2021 from 9am-12pm. We'll take as many willing hands as we can. This is our chance as a league to get things better prepared for the 2022 season and to prepare the park for the cold winter months.

Check in at concessions when you arrive and we will assign you a job.

If you have a rake, shovel, or leaf blower, please bring them.

As always, we appreciate all of your helping hands!

Thank you again for all that you do for our league. 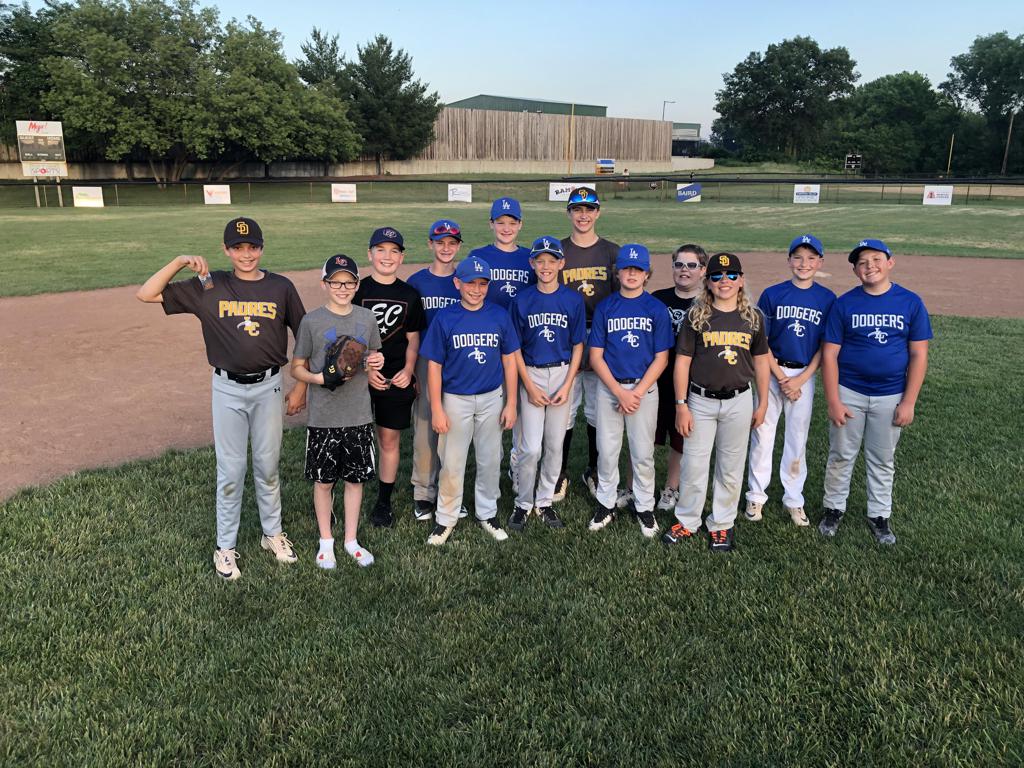 Congrats to the 11U Wisconsin Rapids Sandlot Tournament Champs (5-0)

Lowes Creek Baseball is a 100% volunteer youth baseball organization located in Eau Claire, WI. We provide boys and girls, ages 4-12, with the opportunity to play baseball - welcoming players from all over the Eau Claire area.  We are a small community of tight-knit families focused on youth development on and off the baseball field.  Our points of focus are skill development, sportsmanship, social interaction, and of course developing a love for our National Pastime!  Our ballpark's ambiance and welcoming atmosphere is exceptional, sure to inspire your player to chase their baseball dreams from Tball to the Majors.  We want as many children as possible to have a positive experience playing baseball!  Lowes Creek has a no-cut policy, so all kids that register will be placed on a team. 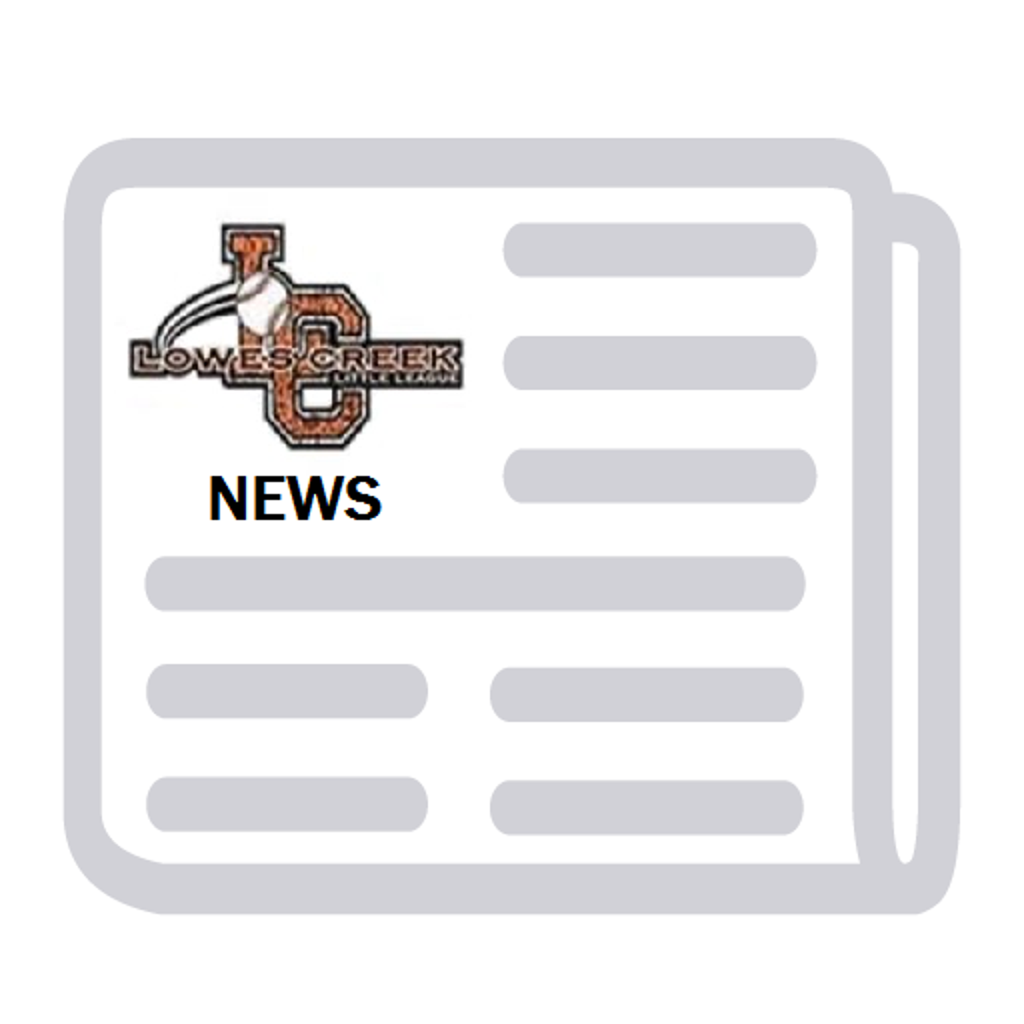 These fine organizations make what we do possible.  Please show your support to these amazing sponsors and thank them for their commitment to our organization. (More information on becoming a sponsor: click here)

Thank you Tim Forster for your dedicated coaching and sponsorship!  Lowes Creek Baseball would like to say a big thank you to the Forster Family!

The Farley Forster Herbenson Group is proud to be part of Baird – a fully independent, international firm serving the wealth management needs of families, businesses and organizations for more than 95 years.

With combined industry experience of over 60 years, Financial Advisors Ron Farley, Tim Forster and Anthony Herbenson use their knowledge to design investment solutions and strategies specifically tailored to your goals, combined with ongoing advice and due diligence to help simplify your financial life.

Ron Farley and Tim Forster were named as a FORBES Best In State Wealth Advisor in 2018.  Ron is a CERTIFIED FINANCIAL PLANNER™ professional.  Tim is the co-author of the published paper “The Earnings Predictability of Foreign Firms listed on U.S. Stock Market” and was recognized as the #9 ranked Financial Advisor in the On Wall Street Top 25 Regional Advisors Under 40 in 2016.  Anthony Herbenson is a graduate of the College for Financial Planning where he obtained his AAMS® designation.   Robert W. Baird & Co. Incorporated, Member SIPC.

Chippewa Valley Orthopedics & Sports Medicine has been committed to the healthcare needs of patients in Western Wisconsin since 1954.  Our success and reputation as an outstanding orthopedic clinic can be attributed to the teamwork of our friendly, knowledgeable physicians and staff. They are dedicated to providing each patient with exceptional attention and service.  Our primary clinics are in Eau Claire and Chippewa Falls with outreach locations in Cumberland, Durand, Hayward, Ladysmith, Rice Lake, Shell Lake, Stanley, and Black River Falls.

Lowes Creek Baseball would like to say a big thank you to Viking Electric for being a Triple Play sponsor for 2021!

Viking Electric was founded in 1964 in St. Paul, Minnesota as a family-owned electrical distributor with 7,000-square-feet of warehouse space and a mission to be a leader in the electrical distribution industry. Today, Viking Electric has grown to 24 locations across Minnesota, Wisconsin and Chicago. Our focus has moved beyond our core identity as an electrical distributor, to delivering exceptional services and logistical solutions for our customers. Viking Electric is part of the Sonepar Group, an independent family-owned company with global market leadership in B-to-B distribution of electrical products, solutions and related services. We are committed to supporting the communities we serve in Eau Claire, Wisconsin; the Upper Midwest; and the global environment.

Lowes Creek Baseball would like to say a big thank you to Weiss Realty for being a sponsor for 2021!

Weiss Realty is a real estate company with our main office in Durand, Wisconsin, started in 1979. We specialize in hunting, farmland, hobby farms, country estates and rural property sales in western Wisconsin and eastern Minnesota.

Lowes Creek Baseball would like to thank A-1 Express Rental Center for their continued sponsorship of our league.

A-1 Express Rental Center, Eau Claire Wisconsin's wedding party and equipment rental convenience center has been a locally owned company here in the Chippewa Valley since 1961! Since 2003, A-1 Express Rental Center has been owned and operated by Mike Lueck. Mike and his employees are committed to continuing the great service and quality products that A-1 has always strived to have available to our customers.

Our Eau Claire, Menomonie, Black River Falls, and Wausau attorneys can be counted on for a high level of dedicated, responsive service and legal insight.

Thank you Boxx Sanitation for the great service and sponsorship!

Boxx Sanitation is a locally owned and operated waste and recycling removal service in Eau Claire, WI. Boxx Sanitation is committed to providing superior customer service at the lowest possible price, and ensuring the satisfaction of every customer. Our product is our service and our success relies on our ability to take care of our customers.

Owners, Joshua and Heidi Boxx both grew up and reside with their children in Eau Claire, WI. We truly are a local company servicing our friends and neighbors. At Boxx Sanitation you will speak to a live person. Our friendly, courteous staff will do all in their power to make sure your trash removal needs and questions are taken care of and answered in a timely manner.

We currently serve customers in the City of Eau Claire, City of Altoona, City of Chippewa Falls, Town of Union, Town of Brunswick, Town of Washington, Town of Pleasant Valley and the Village of Lake Hallie.

We invite you to start your garbage service with Boxx Sanitation today.

Royal Credit Union was organized in April 1964 to serve employees of Uniroyal and their families. In November 1972, the Wisconsin Commissioner of Credit Unions gave RCU permission to add other employee groups to its membership and for the next two years, additional groups were added until there was a total of 27 groups. With this growth experienced by being able to serve more people, RCU applied for and was granted a community charter.

Royal Credit Union is a credit union that has always been known for strength and financial security and generously supporting youth, education and the communities it serves.

Thank you Hoeft Builders, Inc. for your sponsorship!

WE BUILD BUSINESS
Hoeft Builders., Inc., General Contractor, started in 1983 in Eau Claire, Wisconsin.  Our first project was a grocery store, gas station, restaurant and retail building in Spooner, Wisconsin. Our contracts were little more than handshakes, and the projects weren’t complete until the job was done right and the client was satisfied. Over the years we’ve built an impressive body of work, from medical clinics to office parks, grocery stores to retail centers, multi-family residential to industrial projects and more than one hundred restaurants. Today, after 30 years in business, our mission remains the same:

“Build rock solid relationships, by building rock solid projects.”
Hoeft Builders is a family owned business. We pride ourselves on three principles: honesty, loyalty, and integrity.  These three qualities are the foundation for our growing business.  We are proud of the work we do, value our client relationships and our team of dedicated employees.  Hoeft Builders, general contractor, is headquartered in Eau Claire, Wisconsin, with offices in Minneapolis, Minnesota and Avon, Colorado.